Ho Chi Minh City is a place of contrasts, where French-colonial architecture can be seen alongside high-rise buildings and skyscrapers, and traditional markets sell their wares right across the road from busy shopping centres housing the latest in designer goods. With its tropical climate and cosmopolitan population, Ho Chi Minh City is an easy home away from home for many expats.

Living in Ho Chi Minh City as an expat

Previously known as Saigon, Ho Chi Minh City is Vietnam's largest city and an important regional seaport, with plenty of work opportunities for expats and locals alike. While the salaries in Vietnam may not be as lucrative as in the Middle East or Europe, expats will still be able to enjoy an excellent lifestyle and may even be able to afford occasional weekend breaks.

Shopping-wise, expats will have an extensive variety, from luxury shopping malls to small superettes and markets. This goes for restaurants too, whether choosing to sample some of the famous Saigon pho from a street corner or eat at a Michelin-star restaurant. With so much choice in terms of wining, dining, shopping and entertainment, Ho Chi Minh City is an attractive option for many expats.

Still, not everything in Ho Chi Minh City is perfect. Transportation in Vietnam is a big topic, and simply crossing the street is a skill that expats moving to Vietnam will need to learn swiftly. There is a bus system in the city, but unless expats make the effort to learn a little Vietnamese, it can be difficult to use. Taxis can be cheap and safe provided expats use a reputable company. There are also many motorbike taxi drivers ready to speedily transport brave commuters around the city.

Despite its status as the financial capital of Vietnam, the cost of living in Ho Chi Minh City is not exorbitant. Local goods are cheap and, while imported Western goods are more expensive, they are readily available. Accommodation in the city is varied and expats are sure to find something to suit their needs and budget. Finding property within the city is also easy with new developments constantly being built.

Healthcare is likely to be an expat's largest expense, as the standard of public health institutions varies throughout Vietnam. It recommended that expats secure comprehensive health insurance to secure access to Ho Chi Minh City's excellent private healthcare facilities.

Expats moving to Ho Chi Minh City with kids can rest assured that their children’s schooling won’t be limited here. Thanks to the city’s large expat population, it plays host to a number of excellent international schools specialising in a variety of foreign curricula, including American, British, French and German. There will also be plenty for expat families to see and do during their leisure time owing to the plethora of natural landscapes, historical sites and parks in Ho Chi Minh City.

As is usually the case in Southeast Asian countries, the weather in Ho Chi Minh City is humid and moderately hot. The monsoon season (May to October) brings a long rainy season and increased levels of humidity.

Despite having a fair amount of noise and air pollution, Ho Chi Minh City offers expats a life full of charm, pleasant surprises and friendly locals. A vibrant meeting point between East and West, moving to Ho Chi Minh City is an exciting expat experience, offering much to explore and discover.

"Why Ho Chi Minh City? It is crowded, noisy, scruffy, crazy, but always interesting and things are happening all at a breakneck speed". Doug Rice calls both Ho Chi Minh City and California his home. Having spent time in Vietnam for over a decade, he shares his experiences here.

Are you an expat living in Ho Chi Minh City?

Expat Arrivals is looking for locals to contribute to this guide, and answer forum questions from others planning their move to Ho Chi Minh City. Please contact us if you'd like to contribute.

If you’re thinking about taking out private health insurance, our trusted partner Cigna Global is very aware of all the difficulties that expats can face when it comes to healthcare in a new location, so they have created a range of international health insurance plans specifically designed for expats, which you can tailor exactly to the needs and ensure access to quality care for you and your family. 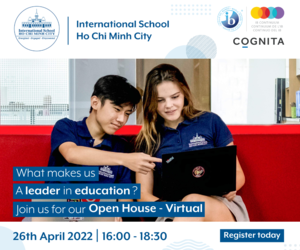